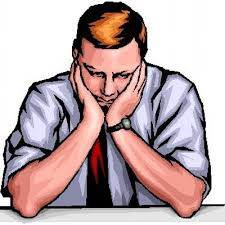 Azoospermia means there’s no sperm in a man’s ejaculate. Its causes include a blockage along the reproductive tract, hormonal problems, ejaculation problems or issues with testicular structure or function. Many causes are treatable and fertility can be restored. For other causes it may be possible to retrieve live sperm to be used in assisted reproductive techniques.

Azoospermia is a condition in which there’s no measurable sperm in a man’s ejaculate (semen). Azoospermia leads to male infertility.

How common is azoospermia?

What are the parts of the male reproductive system?

The male reproductive system is made up of the following:

Seminiferous tubules are tiny tubes that make up most of the tissue of the testes.

Epididymis is the structure on the back of each testicle into which mature sperm are moved and stored.

Vas deferens is the muscular tube that passes from the epididymis into the pelvis then curves around and enters the seminal vesicle.

Seminal vesicle is a tubular gland that produces and stores most of the fluid ingredients of semen. The vesicle narrows to form a straight duct, the seminal duct, which joins with the vas deferens.

Urethra is the tube that runs through the penis to eliminate urine from the bladder and semen from the vas deferens.

During ejaculation, sperm move from the testes and the epididymis into the vas deferens. Tightening (contraction) of the vas deferens moves the sperm along. Secretions from the seminal vesicle are added and the seminal fluid continues to move forward toward the urethra. Before reaching the urethra, the seminal fluid passes by the prostate gland, which adds a milky fluid to the sperm to form semen. Lastly, the semen is ejaculated (released) through the penis through the urethra.

A normal sperm count is considered to be 15 million/mL or more. Men with low sperm counts (oligozoospermia or oligospermia) have a sperm concentration of less than 15 million/mL. If you have azoospermia, you have no measurable sperm in your ejaculate.

Are there different types of azoospermia?

There are two main types of azoospermia:

This type of azoospermia means that there is a blockage or missing connection in the epididymis, vas deferens, or elsewhere along your reproductive tract. You are producing sperm but it’s getting blocked from exit so there’s no measurable amount of sperm in your semen.

This type of azoospermia means you have poor or no sperm production due to defects in the structure or function of the testicles or other causes.

What are the causes of azoospermia?

Obstructions that result in azoospermia most commonly occur in the vas deferens, the epididymus or ejaculatory ducts. Problems that can cause blockages in these areas include:

Nonobstructive causes of azoospermia include:

How is azoospermia diagnosed?

Azoospermia is diagnosed when, on two separate occasions, your sperm sample reveals no sperm when examined under a high-powered microscope following a spin in a centrifuge. A centrifuge is a laboratory instrument that spins a test sample at a high speed to separate it into its various parts. In the case of centrifuged seminal fluid, if sperm cells are present, they separate from the fluid around them and can be viewed under a microscope.

As part of the diagnosis, your healthcare provider will take your medical history, including asking you about the following:

Your healthcare provider will also conduct a physical examination, and will check:

Your healthcare provider may also order the following tests:

How is azoospermia treated?

Treatment of azoospermia depends on the cause. Genetic testing and counseling are often an important part of understanding and treating azoospermia. Treatment approaches include:

If living sperm are present, they can be retrieved from the testes, epididymis or vas deferens for assisted pregnancy procedures such as in vitro fertilization or intracytoplasmic sperm injection (the injection of one sperm into one egg). If the cause of azoospermia is thought to be something that could be passed on to children, your healthcare provider may recommend genetic analysis of your sperm before assisted fertilization procedures are considered.

How can azoospermia be prevented?

What is the long-term outlook for those with azoospermia?