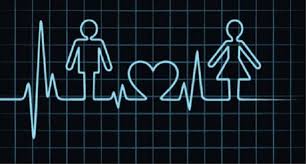 How likely is sexual activity to trigger sudden cardiac arrest?

While it is possible for someone to suffer sudden cardiac arrest during or just after sex, the odds of this happening are very low.

Sudden cardiac arrest occurs when a problem in the heart’s electrical system stops the heart from beating. Sometimes, this is caused by arrhythmias (abnormal heart rhythms). There are no warning signs for sudden cardiac arrest, and medical attention is needed immediately.

Sudden cardiac arrest is different from a heart attack, which occurs when blood flow to the heart is blocked.

In November 2017, scientists discussed the likelihood of sudden cardiac arrest during sex at a meeting of the American Heart Association.

They studied the medical records of 4,557 adults who had had sudden cardiac arrest between 2002 and 2015 in Oregon, United States. They determined that 34 of these cases – 32 men and 2 women – were related to sexual activity. In other words, less than 1% of all patients in the group had experienced sex-related sudden cardiac arrest. The events occurred either during sex or within an hour afterward.

These patients were likely to be male, middle-aged, and/or African-American. Many of them had a history of heart disease, and most took heart medication, the scientists said.

One finding that concerned the researchers was that only a third of the patients received cardiopulmonary resuscitation (CPR). When cardiac arrest occurs, CPR can save a person’s life. They called for more public education on CPR and encouraged people to learn it.

The risk of sex-related cardiac arrest is low, but heart patients are still advised to talk to their doctor if they have concerns about sexual activity.

Sex is safe for most heart patients, but anyone who has uncontrolled high blood pressure, chest pains, a weak heart, a history of heart attack, advanced heart failure, or an arrhythmia should get a doctor’s approval first.