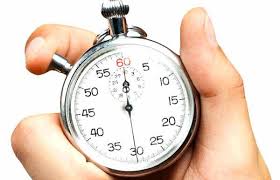 What is premature ejaculation (PE)?

Premature ejaculation is repeated ejaculation in response to minimal stimulation before, at the time of, or shortly after penetration, but before the man wishes it, and over which the man feels he has little or no control. It is important to recognize that premature ejaculation is a subjective diagnosis and totally depends on the satisfaction of the partners.

How common is PE?

PE is the most common sexual dysfunction reported by men but is still under-diagnosed and under-treated. Estimating the prevalence of PE is difficult since many men do not want to talk about it, while others may not even perceive that they have PE.

However, recent research indicates that 25-30% of men struggle with PE.

PE can happen at any age and its prevalence is consistent across all ages.

Is there variation in incidence between countries?

Global studies consistently report that 20-30% of men experience PE worldwide. This means that PE is experienced at similar rates across the globe.

What is the difference between life-long and acquired PE?

Primary PE refers to men who have experienced this sexual problem since first having sex.

Secondary PE refers to men who had ejaculatory control at some point but began experiencing PE later in life, sometimes even after years of satisfying sex, without explanation.

How does PE affect a man's psychology?

PE can have a broad impact on many aspects of a man's life. Men experiencing PE can suffer anxiety, embarrassment, inadequacy, depression, anger and guilt.

PE can cause both personal stress, and stress to a relationship. In one study, men with PE were less satisfied with sexual intercourse and their sexual relationship, and suffered more problems with sexual anxiety and arousal compared to non-sufferers.

Some men with PE have trouble staying in relationships or may be scared to begin new ones.

Does PE affect the partner of the man with PE?

PE is a problem for the couple as a whole. Partners sometimes experience frustration and anger. Also, many couples do not discuss the problem with each other or with friends and family and there can be a breakdown of intimacy between them.

Unfortunately, the cause of PE is generally unknown. Historically PE was seen as a psychological disorder, but researchers now suggest that most cases are multi-factorial with a contribution from both psychological and physical factors.

PE is categorized as either primary or secondary as mentioned above.

Many researchers believe that premature ejaculation, at least in some men, may be due to a chemical imbalance or changes in receptor sensitivity in the brain or spinal cord.

What are the key factors in diagnosing PE?

Although there are no specific diagnosis or treatment guidelines for PE, the diagnosis of PE is based mainly on a detailed sexual history that establishes:

ED is a man's inability to attain or sustain an erection for the duration of sexual intercourse. Whereas PE is when a man and/or his partner perceives that he reaches orgasm and ejaculates too quickly and with little control.

In other words, PE is ejaculation before a man and his partner wants it to happen. There are men however who develop PE as a result of poor erection sustaining capability. In this situation, they condition themselves to reach orgasm/ejaculation quicker so they can do so before they lose their erection. The treatment of this begins by treating the erection problem first. With treatment many men can resolve the PE problem. Differentiating between the two conditions is a very important step for patients and physicians. An experienced physician should be able to define the real problem relatively easily.

What types of treatment are available for PE?

What medications are currently available for PE?

What types of psychological treatments are available?

Distraction techniques: distracting mental exercises during sex can be used to help PE (such as thinking of mundane things like baseball, work, etc.). These techniques are probably most useful for men with occasional PE or men who experience PE in the initial stages of a new sexual relationship. For men with long-standing PE, the consistent use of these techniques usually interferes with spontaneity and satisfaction.

Psychological Therapy: these treatments have been utilized for decades and are associated with success in many people. However, it is questionable for how long these treatments work. For example, for a man who has derived benefit from the techniques described, how long-lasting are the beneficial effects? It is estimated that 25% of men helped by such techniques retain the benefit for 2 years after starting the treatments.

PE can be both due to, and the cause of, psychological stress or other mental health and personal issues. Psychological treatments often involve counseling or sexual therapy that can include talking about relationships and experiences with a mental health professional and/or learning practical tools. By investigating relationships and individual issues that may be causing or compounding PE, mental health professionals can help find effective ways of coping with and solving problems that may be causing PE. For many couples affected by PE, working with a therapist together may produce the best results.

Some psychological therapies also focus on helping the individual find ways in which they can control ejaculation. Healthcare practitioners may provide instruction about distraction techniques, and "stop-start" and "squeeze" techniques that allow the patient to develop a sense of ejaculatory control.

The stop-start method works to help the individual identify ways of controlling their sexual stimulation and ejaculatory response. This method requires the man to engage in sexual stimulation, either with or without his partner, until he realizes that he is about to ejaculate. At this point he stops for about thirty seconds, reducing his urge to ejaculate, and then begins the sexual stimulation again. These steps are repeated until ejaculation is desired. In the final step of the sequence, stimulation is continued until a climax is achieved.

The squeeze method also involves sexual stimulation until just prior to the "point of no return". Once the man senses that he is about to ejaculate, his partner stops sexual stimulation and gently squeezes the tip or the base of the penis for several seconds. Further stimulation is withheld for 30 seconds and then resumed. The couple may choose to repeat the sequence as many times as they like, or continue stimulation until ejaculation is desired. These exercises have little benefit if conducted by the man himself and require the participation of partner.

The only treatment approved by FDA for PE

New medications are being developed to treat PE. The first is a quick acting drug taken one to four hours before sex, called Dapoxetine. In trials, Dapoxetine has been shown to effectively treat men with PE. The difference between this drug and SSRI medications is that it does not need to be taken every day and is not prescribed for depression. Dapoxetine is currently approved by the FDA.