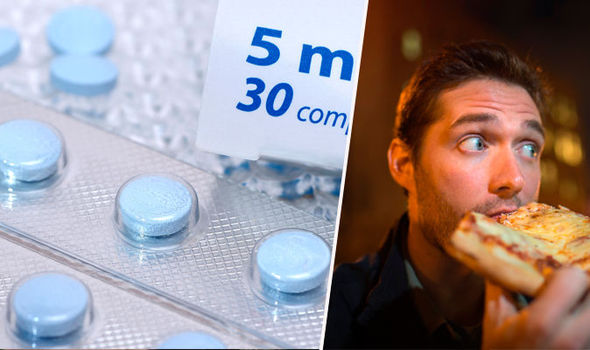 Ali finally talked to his doctor about his erection problems. He’d been struggling for a while, but he had been too embarrassed to say anything. Then his wife Lila showed him an article about erectile dysfunction (ED) and how common it was, especially for older men. She went with him to his appointment and, with her support, he had a new prescription for a phosphodiesterase type 5 inhibitor, something his doctor called a PDE5i.

So far, it was going pretty well. He took his pill when he and Lila were starting to feel amorous, and in about a half hour, he was ready to go. Sure, they couldn’t be as spontaneous as they used to be, but that was a small price to pay for a better sexual relationship. Dina said she was enjoying their intimacy again, too.

There was just one problem.

There were times when the medicine didn’t work so well. Last week, they had their first barbeque of the season. Dina made amazing cheeseburgers, and Ali had two. Later, after a dip in the pool, they headed to the bedroom, but he couldn’t get an erection. Dina said not to worry about it, but he hated disappointing her.

Did something change with the meds?

What are PDE5 inhibitors?

PDE5 inhibitors are a class of drugs designed to treat ED. They work by increasing blood flow into the penis when a man is sexually stimulated. Good blood flow is essential for a firm erection.

Four of the most commonly-prescribed PDE5 inhibitors are sildenafil, avanafil, tadalafil, and vardenafil. Viagra is now available in generic form as well.

Men who take PDE5 inhibitors still need to be sexually stimulated for an erection to occur.

Foods might limit the effectiveness of PDE5 inhibitors in two ways.

the type of food might delay the erection. Some men find that their ED drugs take longer to work after they have eaten fatty foods, like Ali’s two cheeseburgers mentioned above.

ED drugs, like Sildenafil and Vardenafil, work better on an empty stomach. If a man takes them with food, the stomach needs to do double duty: digest the meal and process the pill.

Men might consider taking their pill and enjoying their sexual activity before they eat. But all men are different, so it might take some trial and error to figure out what you can eat – and how much – around that time.

Lots of men have trouble getting erections after consuming alcohol, especially in excessive amounts. Some people even call it “brewer’s droop.” Alcohol can dehydrate you, which interferes with blood flow to the penis.

The effect can be similar for men who take ED drugs. Even though PDE5 inhibitors are meant to help with blood flow, using alcohol can work against the process.

If you discover that you have trouble with erections after alcohol, even when taking an ED drug, you might want to reconsider your alcohol intake.

When should I seek help?

If your ED medications aren’t working as well as you thought they would – and you’re taking them exactly as prescribed – call your doctor. You might need to change medications or adjust the dose. Also, remember that not all men respond to ED drugs. Fortunately, there are other ED treatment options, so don’t give up hope. Patience is key; eventually, you will find the solution that works best for you and your partner.