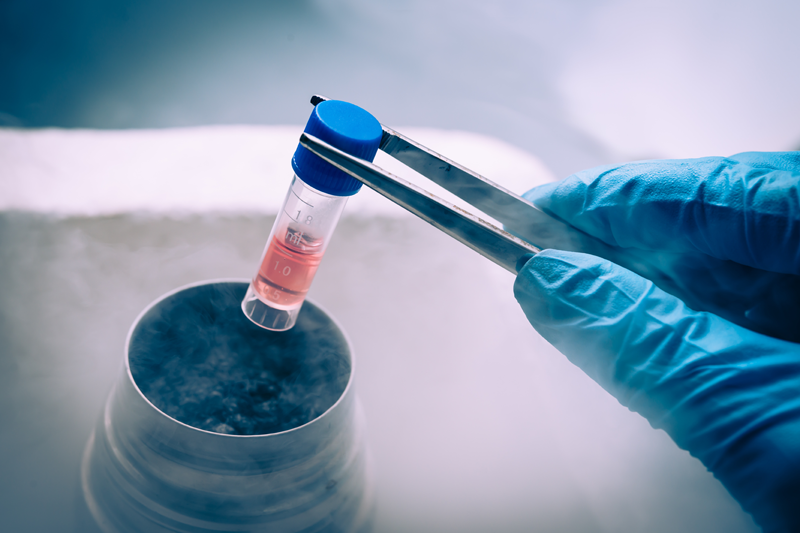 What is the difference between semen and sperm?

This can be confusing since the terms are often used interchangeably in the media and casua conversation.

However, they are very different. Sperm are the male reproductive cells that contain genetic material.  A sperm is made up of three main parts: the head, the midpiece, and the tail. Semen is the liquid that is ejaculated and may or may not contain sperm. This liquid is produced by glands in the reproductive system and also contains enzymes and fructose in addition to sperm.

How can cancer treatment affect my ability to have a child?

Chemotherapy or radiation can affect your ability to make sperm or impact the ability of the sperm to fertilize an egg.
The type, location, and duration of the treatment can affect whether those changes are temporary or permanent.  For some types of cancer, the reproductive organs are removed or damaged during surgery that is performed to remove the cancer.

Are there options for preserving fertility in men who have been newly diagnosed with cancer?

Yes! Sperm can be collected and frozen for later use before cancer treatment is started. This way, you may be able to have children after your treatment. This process is called
cryopreservation or freezing. The kind of cancer you have and the treatments you will receive can determine what your options are.

What is involved in sperm collection?

What if I can’t give a sample?

Some men are unwilling or unable to collect a sample through masturbation. For these men, a special condom may be used to collect semen during intercourse.
Other men have a blockage in their reproductive tract; as  a result, no sperm are found in their semen. Sperm can be obtained through various procedures that remove them
directly from the testicle or reproductive tubes located beside the testicles.
Some men may have a condition that causes sperm and some or all of the semen to collect in the bladder instead of being released through the tip of the penis. For those men,
sperm can often be collected from the urine after intercourse.
If a man is unable to ejaculate (release semen durin orgasm), there are options. Sperm can be surgically removed from the testicles and injected directly into an egg in a process called intracytoplasmic sperm injection (ICSI).

If a man is not able to ejaculate due to spinal cord injury, vibratory stimulation or electroejaculation can be used.

How is sperm cryopreserved?

Once collected, the semen sample is mixed with cryoprotectants. These are liquids that help protect the sperm against damage during freezing and thawing. The sample is then frozen by a slow-cooling method or a flash freezing method called vitrification.

How long can sperm be stored?

Sperm can be stored indefinitely. Sperm that have been frozen for over 20 years have been used to create pregnancies. Testicular tissue cryopreservation Because very few sperm are necessary to fertilize an egg in a dish, it is possible to obtain sperm directly from the testicle. In cases where very few sperm are produced, this may be the best option. Additionally, some patients have
not yet reached a point of puberty where they have sperm in their ejaculate. It is important to note that it will be necessary to have intracytoplasmic sperm injection (ICSI) when using testicular sperm.

When a boy has not begun to make mature sperm, options are limited. In some research centers across the world, samples of testicular tissue are removed and frozen. When
it’s time to attempt pregnancy, the tissue is examined for stem cells. Stem cells are cells that have the potential to develop into many different kinds of cells. The hope is to
isolate these few cells and mature them into functional sperm. So far, animal research is promising and human studies are ongoing. It is important to remember that this is
an experimental procedure and whether it will be successful is not known.

The most important thing to remember about fertility  preservation is that it should be done prior to any cancer treatment if possible. This will give you the best chance of having usable sperm.