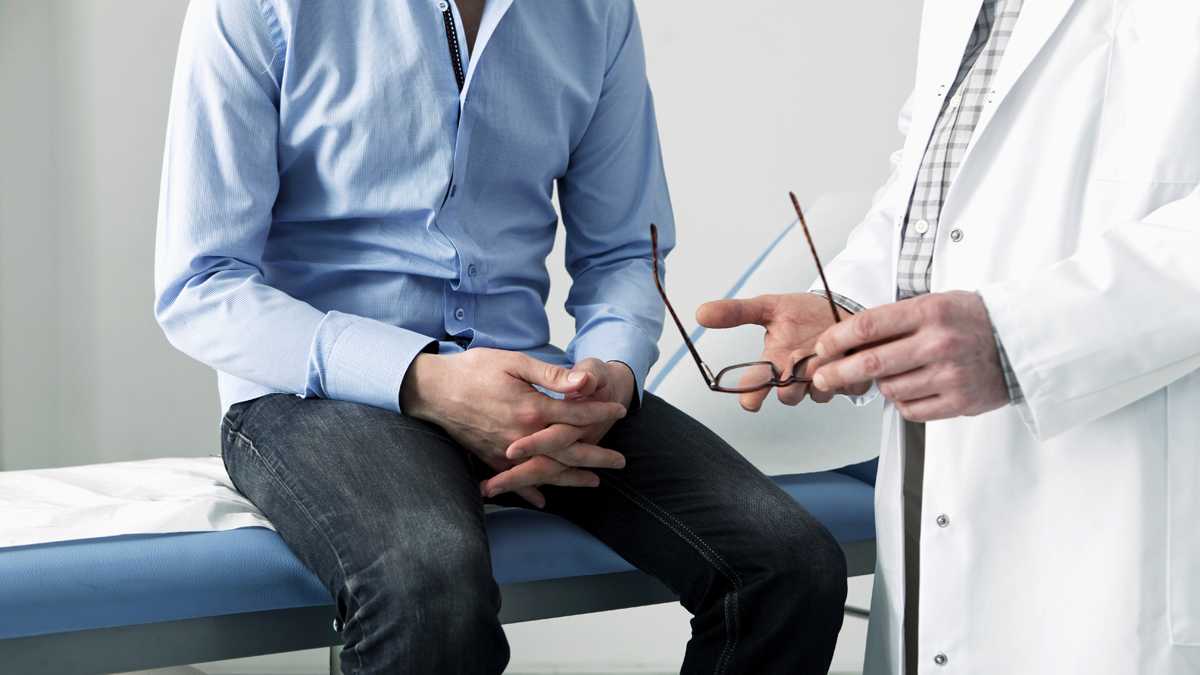 Up to 15 percent of couples are infertile. This means they aren't able to conceive a child even though they've had frequent, unprotected sexual intercourse for a year or longer. In up to half of these couples, male infertility plays a role.

Male infertility is due to low sperm production, abnormal sperm function or blockages that prevent the delivery of sperm. Illnesses, injuries, chronic health problems, lifestyle choices and other factors can play a role in causing male infertility.

Not being able to conceive a child can be stressful and frustrating, but a number of male infertility treatments are available.

The main sign of male infertility is the inability to conceive a child. There may be no other obvious signs or symptoms. In some cases, however, an underlying problem such as an inherited disorder, hormonal imbalance, dilated veins around the testicle, or a condition that blocks the passage of sperm causes signs and symptoms.

When to see a doctor

See a doctor if you have been unable to conceive a child after a year of regular, unprotected intercourse or sooner if you have any of the following:

Male fertility is a complex process. To get your partner pregnant, the following must occur:

Problems with male fertility can be caused by a number of health issues and medical treatments. Some of these include:

Treating the varicocele can improve sperm numbers and function, and may potentially improve outcomes when using assisted reproductive techniques such as in vitro fertilization.

Some men with spinal cord injuries or certain diseases can't ejaculate semen, even though they still produce sperm. Often in these cases sperm can still be retrieved for use in assisted reproductive techniques.

Overexposure to certain environmental elements such as heat, toxins and chemicals can reduce sperm production or sperm function. Specific causes include:

Sitting for long periods, wearing tight clothing or working on a laptop computer for long stretches of time also may increase the temperature in your scrotum and may slightly reduce sperm production.

Health, lifestyle and other causes

Some other causes of male infertility include:

Certain occupations including welding or those involving prolonged sitting, such as truck driving, may be associated with a risk of infertility. However, the research to support these links is mixed.

Infertility tests can be expensive and might not be covered by insurance — find out what your medical plan covers ahead of time.

Your semen is then sent to a laboratory to measure the number of sperm present and look for any abnormalities in the shape (morphology) and movement (motility) of the sperm. The lab will also check your semen for signs of problems such as infections.

Often sperm counts fluctuate significantly from one specimen to the next. In most cases, several semen analysis tests are done over a period of time to ensure accurate results. If your sperm analysis is normal, your doctor will likely recommend thorough testing of your female partner before conducting any more male infertility tests.

Your doctor might recommend additional tests to help identify the cause of your infertility. These can include:

However, this test is not commonly used to diagnose the cause of infertility.

Often, an exact cause of infertility can't be identified. Even if an exact cause isn't clear, your doctor might be able to recommend treatments or procedures that will result in conception.

In cases of infertility, the female partner is also recommended to be checked. This can help to determine if she will require any specific treatments or if proceeding with assisted reproductive techniques is appropriate.

Treatments for male infertility include: